The Basilica of Santa Maria Assunta, dating back to the twelfth century, stands on what is called the ancient medieval island, the fulcrum of the village, where the political and religious life of the hamlet was carried out in ancient times; today it represents the symbol of Camogli.
It can be reached from the small square of the nearby marina by climbing a wide stairway.

The external façade is simple, in contrast with the rich and sumptuous internal environment consisting of three aisles in Baroque style with gold finishes, crystal chandeliers and polychrome marbles and lots of candles. 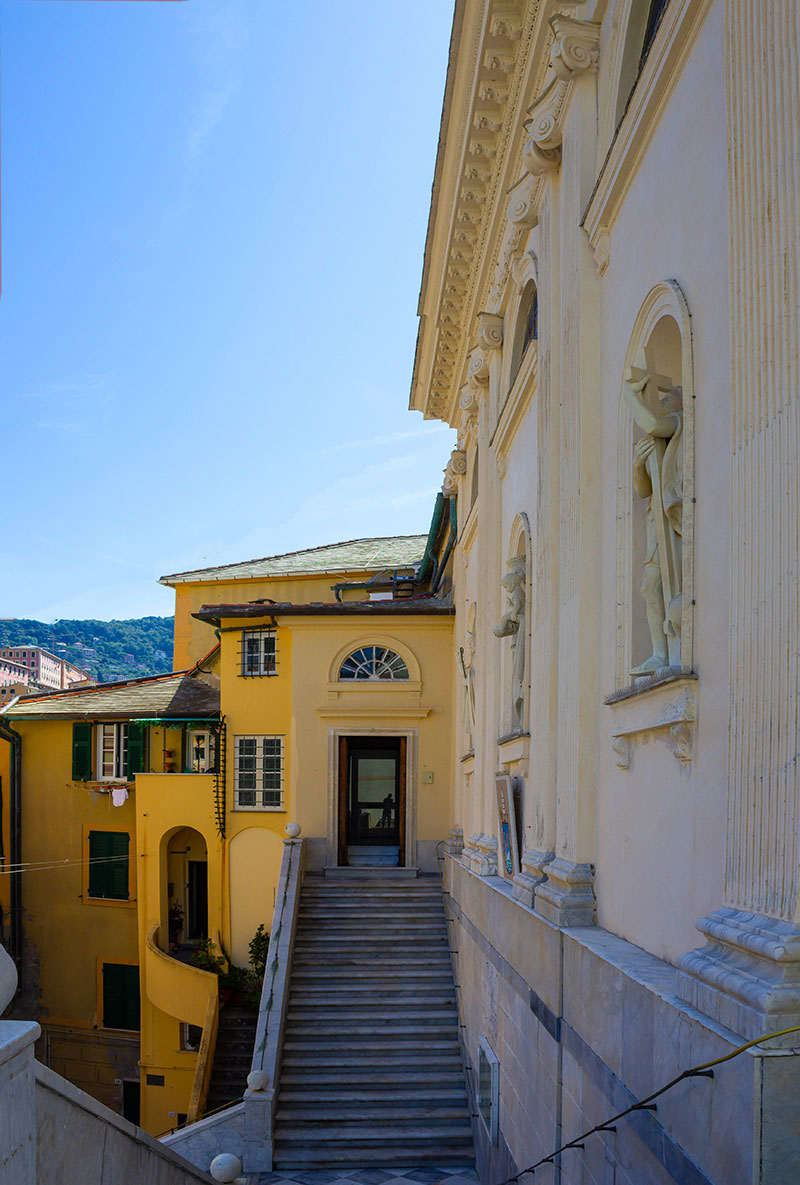 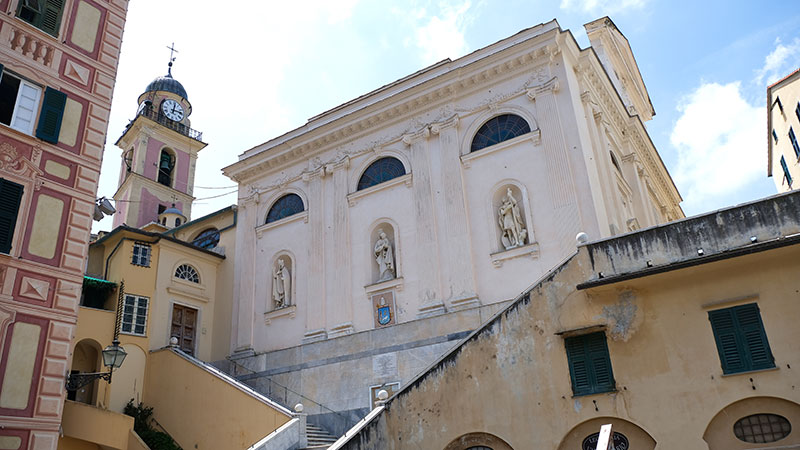 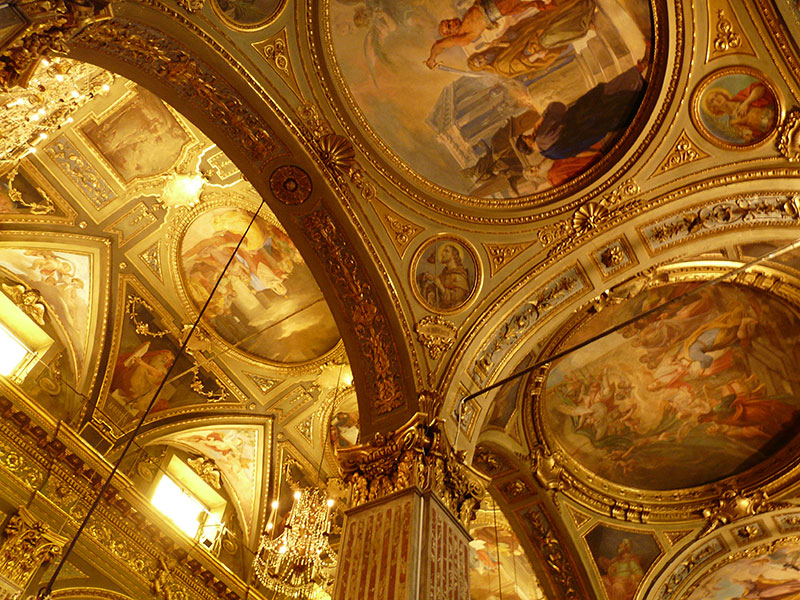 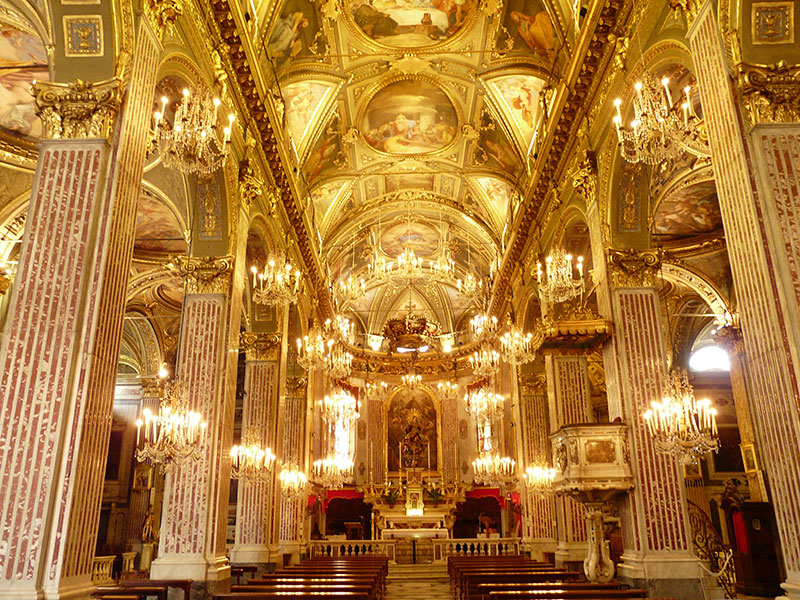 In the vault, as well as in the side chapels, there are sculptures and pictorial works by artists of the Genoese school, such as Nicolò Barabino and Francesco Semino, while the high altar was made by Andrea Casareggio.

If you can visit it with all the lights on with the crystal of the chandeliers and the candles, the atmosphere is fascinating and gives a great sense of peace.